One loss, one too many! Honoring ALL Eritrean Veterans

One loss, one too many!
Honoring ALL Eritrean Veterans 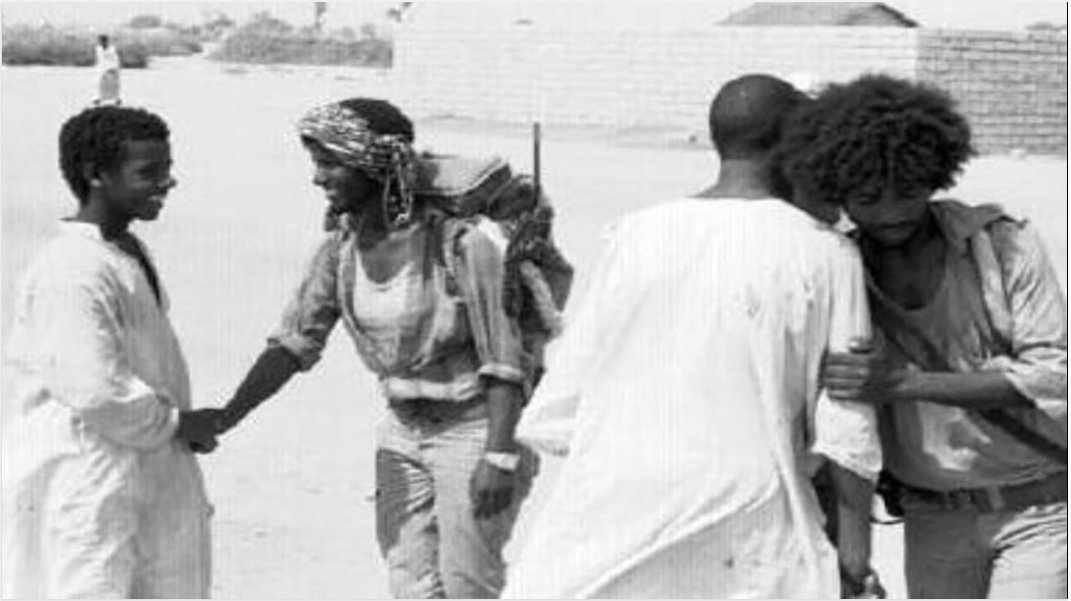 One loss, one too many!
Honoring ALL Eritrean Veterans

I was told you are not a soldier. I was told you and many like you, are not soldiers. They told me you were a bit above helpers during our war for freedom from occupation by Ethiopia.

They asked me to stop talking about a man deceased for the last four (4) decades. I told them you are the son that came running to lift a mother’s head bowing for long. That came to boost a fallen business so to provide for his siblings.

I told them that you - and many like you - are the silent heroes that warned our soldiers to climb the mountains and take refuge in the bunkers. You kept walking beside the enemy holding timing bombs and never feared for the device to explode.

I remind them that you all are the voices that prevented the man leading Eritrea today, from being ambushed by Ethiopia. Then just stirred by, as if nothing!

I tell them about the night you gritted your jaws because Tegadalay Amahazien was caught and you saw them dragging him out of his house half dressed. You later told me that he was crucified with unbearable tortures in jail, but he never gave up any secretes.

I told them that so many nights after Tegadalay Amahazien’s arrest, you cried sitting on our kitchen’s floor. That is where I found you, my hero. Sobbing silently in a dark kitchen’s floor. Below our windows, the enemy on stand-by to stockpile each of you in their prisons. Your body quivering and your neck's veins exploding. Your screams were silent. All I could do was sit-in with you on that cold floor and hug you. Your hands clenched on my shoulders. You, the Eritrean soldier cried for his fallen comrade. Now they tell me you both were only “kind of helpers”. How dare they Berhane Jigna? How dare they Amahazien Jigna?

You both - and Eritreans like you - are the heroes that smile shy about plenty of victories and cry trembling for one loss. One loss, one too many you said!

You are the one – Tegadalay Berhane Tesfamariam- that walked straight to the military jeep of Ethiopian Colonel Zenebe that came to pick you up from our house. You walked straight and you whispered the phone number that saved your entire team in town planning a new ambush. They scattered and reached Sahel before you entered that terrifying torture room.

You forgave them, I know! I despise them.

I tell them to go clean the latrine in those prisons where they will find your blood and sweat that made them walk holding our flag with the fall of Asmara. I asked them to interrogate the shadows of ALL our Martyrs. To interlace the plans you provided them so they could walk in a safe terrain. So the bubbles of mud would not shelter the landmines. I tell them, so often, about your tired and sleep deprived body. You were unbroken each time you were summoned to the enemy’s headquarters for so-called "un-paid taxes". You all were vigilant so your comrades in the field would not be bombed and unannounced enemy’s fighter planes would not destroy the villages of our beloved ones. You were the ones to deliver info about the brutal preparation by the enemy. The conditions day and night. The desolation of losing one and said: one loss, one too many!!

You completed your objective and off you went to your families as if you only left your boring professional office’s job.

You were the only option they had to win this war! You were the ones with broken knees that refused to kneel down and kept getting up. The enemy spitting his rage in your faces, you smiled back and died smiling for the Eritrea you love beyond words!

In the years of your fight, the war was clearer. You all fought for freedom, human rights and genders’ equality in Eritrea. Today, independent Eritrea is 27 years old. Human rights have been ransacked and we live in a surrounding of great defeats of all the ideals you hoisted. Now, we have small victories towards regaining all you gave us. And any Eritrean that can bring his/her stone - no matter how modest- to the building is a progress. We are a majority fighting for a better Eritrea and a better world.

But now they tell me you ALL were not soldiers! I tell them you ALL were their only options! The only route to reach a destination called Independence Day.

I still will tell them about how you kept cool and never forgot to evaluate the badge for others to reach safety. How you saluted the dead but did not linger so the pursuit for a free Eritrea would not be delayed.

Giving honor to Independence is first giving respect to the principles ALL fought for. That lends to the greatness of a nation.