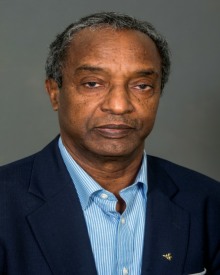 AN URGENT CALL TO ACTION FROM THE ERITREAN YOUTH LEADING THE WAY
By Dr. Tesfa G. Gebremedhin, West Virginia University

History has taught us that our former Eritrean government leaders have kneeled to the ground to salute Emperor Haileselassie of Ethiopia with jubilation and fanfare when he entered to Eritrea through Mereb and all the way to Asmara. Our former Eritrean leadership, including the Parliament of Eritrea, failed to defend and protect the UN resolution for the Federation of Eritrea with Ethiopia. By violating the terms, conditions and agreements of the UN resolution, the Emperor of Ethiopia was able to annex Eritrea before the actual timetable or duration of the Federation was officially terminated. Much to the delight and desire of the Emperor, he extended his territorial empire by reducing Eritrea to one of the provinces of Ethiopia for many years. The Eritrean people did not have the opportunity to determine their destiny through UN sponsored referendum. They could not vote neither for selfdetermination nor for the union with Ethiopia. Nevertheless, the failure of our former Eritrean government leadership became the backdoor for the unbelievable victory of the Eritrean 30-year armed struggle for national independence of Eritrea from colonial occupation and foreign aggression.

It seems history is repeating itself when we recall the recent spontaneous deliberation manifested in the name of peace between Ethiopia and Eritrea. The sporadic unexpected kind of unusual physical gestures and emotional mind-grabbing words, nervetouching phrases and heart-breaking statements expressed by the two leaders of Ethiopia and Eritrea and the people’s outburst for celebration that erupted like volcanoes throughout Addis Ababa, Awassa, Asmara, Zalambesa, Burrie, and other places, seemed to be deliberately orchestrated and designed to neutralize, diffuse, or ignore the border issue altogether. The peculiar behavior and weird emotions and unusual physical gestures demonstrated by the PFDJ leader in several cities of Ethiopia were nothing different from the act of submission and kneeling to the ground as his predecessors, particularly when the PFDJ leader publicly announced to the Ethiopian people and when he loudly declared to the Prime Minister of Ethiopia by saying, “I submit to you all the power and authority to lead Us.” It is really a clear message and indication that the PFDJ leader was giving the authority to Dr. Abiyi Ahmed to combine and lead both Eritrea and Ethiopia together as one country. It was not a surprise at all because the PFDJ leader has been simply following the footsteps of our former Eritrean leaders and the Eritrean Parliament in handing over Eritrea to Ethiopia. We also need to pay special attention to observe and evaluate if the smart and smooth talks and the sermon of peace of Dr. Abiyi Ahmed were targeted simply for political gains, mainly for territorial occupation and economic integration of Eritrea.

Currently, it has been observed on the social medias that railways and highways will be under construction soon to connect Eritrea with Ethiopia by deflecting and ignoring the border issue between the two countries and pushing it far away aside. In addition, the Ethiopian Naval base is planned to be established in Massawa with the technical and financial support of the French government without putting into consideration the mere existence and situations of the Eritrean Naval force. It is not yet quite clear to the Eritrean people under what condition and to what direction is the whole current situation heading in Eritrea because an official explanation or clarification of the nature of the relationship between Eritrea and Ethiopia has not yet been disclosed by the PFDJ government of Eritrea. The unlawful PFDJ leadership has kept the Eritrean people in the dark deprived of the necessary information concerning our national affairs. It is unfortunate that the general symptoms and reflections of the whole situation indicate that our country Eritrea is in great danger. In view of the current critical situation in Eritrea, if we fail to accomplish our moral and national obligations and responsibilities in safeguarding the sovereignty of Eritrea, it will be shame on all of us Eritreans to forget or ignore the noble legacy of our martyred warriors who fought gallantly for 30 years for the independence of Eritrea and the liberation of the Eritrean people. They did not sacrifice their precious lives for the PFDJ leadership to give away Eritrea to Ethiopia. Are we all prepared to pay special tribute to our martyrs and honor them with great respect? If yes, let us all go to work!

It is evident that peace is a blessing, if it comes in good faith and noble intention from both governments. The declaration of peace between Ethiopia and Eritrea could be genuine and sincere only if the sovereignty of each country is appropriately respected and protected by the two governments. However, if the PFDJ leadership succeeds in accomplishing its wicked political ambition; if all Eritreans fail to defend and safeguard the sovereignty of our country against threats from the enemies of Eritrea; and if the Ethiopian government leaders have the slightest opportunity to take over and put Eritrea under their full control, they would immediately make massive changes in Eritrea to fulfill their selfish interest and to satisfy their insatiable territorial appetite. As it has been indicated by the former Ethiopian leaders in so many ways and instances, they did not care much about the welfare of the Eritrean people. They were only interested and concerned about the land of Eritrea. If they could acquire and secure the port of Assab, there wouldn’t be any doubt that they would leave the rest of Eritrea alone for the Eritreans and they would gladly recognize it as a sovereign country. The Ethiopian leaders hate and denounce the name ‘Eritrea’ which has been a head ache for them for many years. It gave them grief particularly to Emperor Haileselassie for 13 years and to the Derg leadership for 17 years. If they had the chance to take over Eritrea, the first thing they would do is to change the good name of the country. It wouldn’t be difficult for them to find an appropriate name that would smooth and harness the situation peacefully. Their main motive would be to eradicate the sentimental value of the name Eritrea from the minds of the Eritrean people, to decimate the sense of belongingness of the people to the country, and to eliminate the pride of identity of the people as Eritreans. To this effect, they would destroy anything and everything that would reflect or identify the name Eritrea. To destroy the Eritrean identity, they would start dealing with our younger generations. As many Eritreans became Ethiopians more than the Ethiopians themselves during the Haileselassie and Derge eras, the Ethiopians would organize and prepare all kinds of incentives and attractive programs that would motivate and inspire our Eritrean youth to get assimilated easily and quickly in the Ethiopian social fabrics. Is this what we really want to happen to our beloved Eritrea and its people? No! Do we still have our national pride of Eritrea in tact in our inner selves? If yes, let us all rise for action right now!

Considering the current dynamic Eritrean people’s movement, it is an unavoidable reality that our younger generations, unlike our former Eritrean leaders, do not have the intention or desire to kneel down to the ground to salute Dr. Abiyi Ahmed, Prime Minister of Ethiopia and to allow him to represent Eritrea anywhere and at any time, or to deal in national affairs or issues on behalf of Eritrea for any reason. Our Eritrean young men and women have loudly indicated and proudly declared that they are firmly determined to defend and safeguard the sovereignty of Eritrea against any enemies that may emerge both from the inside and outside of Eritrea. Our Eritrean youth are making an appeal to the older generation not to repeat the same history again. At this critical time, if we hide ourselves behind the curtain and fail to participate actively in the Eritrean people’s movement, we would be left behind and lost in the wilderness. We need to join hands in unity with the Eritrean young men and women and function under the same umbrella in support of the Fenkel people’s movement in Eritrea. They are coming together in unity and efforts to install the rule of law in Eritrea and to eliminate all human rights violations against our people.

It is about time to realize and understand that unity is strength. When we are united, we are strong, and we can win in any struggle. However, when we are divided, we are weak, and we can lose in a simple battle. Even the weak ones become strong when they are united. The unity of faith and integrity in ourselves and the unity of love and sincerity for our people can work miracles to our country. The most crucial and heroic thing we can do at this volatile and uncertain moment is to get united by respecting our diversity and putting our differences aside. The things that bring us together are far more than the things that keep us apart. The glowing dynamo of the Eritrean people’s movement is burning and spreading like a wild fire at national, regional and international levels. The Eritrean people’s dynamic movement is galvanized and propelled by the Eritrean young men and women who are holding the torch and leading the way to victory. Thus, to make our dream a reality all Eritrean scholars and professionals and members of the Eritrean communities and religious institutions must wake up and get up from our comfort zones, stand tall and firm, and get involved together in unity with our Eritrean youth in support of the dynamic people’s movement for justice, democracy and peace in Eritrea before it gets too late. Together we can make a difference. God bless Eritrea and its people!