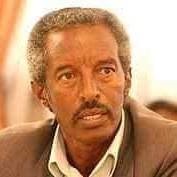 Eritreans are known to speak truth to power and look straight at the mortar of the enemy and die standing.

In the light of recent events and anxious expectations for Veteran Berhane Abrehe’s books, we hear his recorded message and his constant call for courage by a man that was once a Veteran and – God forbid - soon might be prisoner.

His quiet and yet strong voice, becomes a uniting call of rebellion against autocratic policies. Berhane willingly destroyed a piece of his heart for us. Like this quote Alexander Solzhenitsyn wrote in “The Gulag Archipelago”:

“If only it were all so simple! If only there were evil people, somewhere insidiously committing evil deeds, and it were necessary only to separate them from the rest of us and destroy them. But the line dividing good and evil cuts through the heart of every human being. And who is willing to destroy a piece of his own heart?“

A call of courage can guide us in our present time and plan our future lives. Undoubtedly, we all face fear when going against the flow. We will experience mockery and encounter loud oppositions. But let us have courage to defy the consensus, the courage to push back a refined enemy and stand for principles. Courage crushes compromise. Eritrea is living through so much undeserved pain.

Veteran Berhane Abrehe’s act is brave because it is done from inside the land of Eritrea. He decided to die resolutely and live decently. Berhane showed – by actions - that morally cowards are afraid to do what is right because others will disapprove and laugh and – most probably – fear of ending up arrested. We all have our fears, but those who face fear with dignity and courage are the true heroes! Veteran Berhane told us that he once walked among giants during our war for freedom, and he is now looking for the next Eritrean generation of giants.

Because the war is now conveyed with no canons’ sounds or fighter jets bombarding from above; it is right in our land. He is asking who will have the courage to love country more than one self, as stillness is our main enemy today. It is taking permanent residence in our own soil and among our own people.

Tegadalay Berhane Abrehe’s voice brings the brutal realities of constant conflicts in Eritrea into the world’s living rooms. His intact principles become a holy vestige for all of us. Not only the people, but also the leaders should do what is not always popular but is right! This is what is absent he says, and he asked us to bring it back! So, we – too – could walk among the giants of our history! Unity will erase the unthinkable - physical and psychological - torture our people are suffering.

He showed us the line dividing good and evil. He told us never to let go of our Veterans that braved gunfire and shared moral ethics for the good of Eritrea. He told us to share truth and avoid drama!

Veteran Berhane Abrehe gave up submissiveness and disruption and chose reconciliation. He gave his life for a cause and rejected the weakening of Eritrea. Moral courage – Berhane told us – is personally pricey because it disrupts dictatorship. Moreover, any self-centered group of people in charge despise moral courage of one and fear the moral courage of many. For, such rulers focus on leading a country as a PR campaign based on cult of person.

He is leaving us with a choice of owning a badge of courage and become the unknown heroes. Veteran Berhane Abrehe set us up for success. If we only could possess moral bravery!