Betrayed Loyalty
The final death trap by Ethiopia towards Eritrea 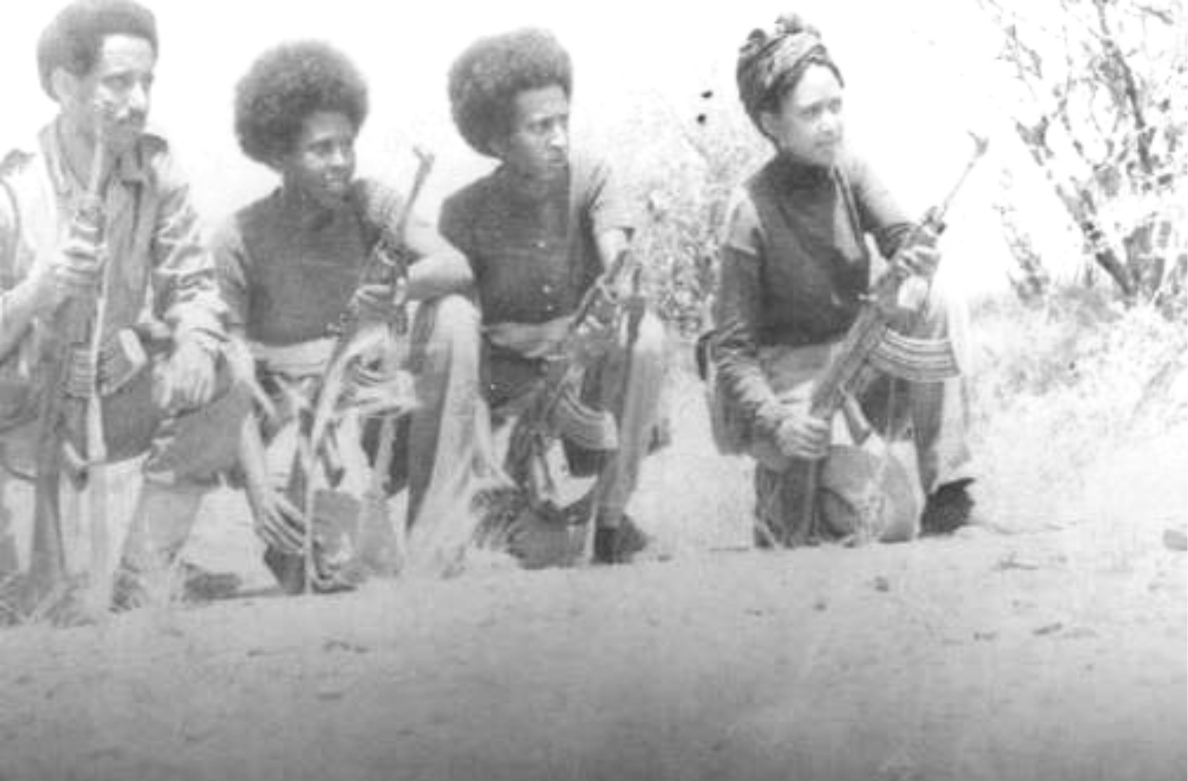 Betrayed Loyalty
The final death trap by Ethiopia towards Eritrea

As per last frantic media reports, it seems that Ethiopia is advancing well towards annexing Eritrea and take hold of our Red Sea. The latter has been a bone wedged in Ethiopia throat for the last six (6) decades.

What the neighbor to our south continues to forget -in a convenient oblivion- is about the honor and the loyalty Eritreans have for each other and their country.

Thousands of Eritrean soldiers are still deployed and thousands of Ethiopian tourist are invading our sea, dancing in our beaches. I hope that Mother Nature will cleanse our sea with its’ salty water, like it did about the remains of Ethiopian soldiers that committed suicide once they witnessed the advancing operation of Massawa/“Fenkil” – led by the battle of Nacfa. Never should anyone forget the battles liberating Tesseney and Agordet, all by our valiant Tegadetlys.

The excessively hash and severe present situation, cannot keep Eritreans silent when our land is –yet again - occupied by a soundless enemy that strategically is studying our reactions about its’ tactical objectives to occupy our land without ever using any method of effective military resources towards the people of Eritrea. Instead, it is using words such as “love, let’s add-on, etc.” and with such subversive power, trying to control a society tired of a weak economy and tired of consecutive wars that are destroying the nuclear format of Eritrean families. Even more worrying, the enemy is secretly using peaceful and neutral countries across the Red Sea as their key allies.

The enemy to the south is mastering a plan that promises unlocking boundless sources of fusion among theirs’ and our people and create the energy of a social power that will make us – Eritreans – step decades backward. This combination could seem tempting to Eritreans back home because of the aforementioned feelings. Also to Eritreans in the diaspora ready to suffocate their honor, betray loyalty and consider only businesses alternatives.

For us, waiting idle to “see” how this next ambush by the enemy will go, would be betraying our fight for independence and throw our people behind the enemy‘s line while leasing our gates to the enemy. That would sum up to a lost honor. It would also sum up to a gross human rights’ violation by an African country towards another African country.

Omitting the truth and not questioning human rights violation of innocent Eritreans killed in the Sinai and the Sahara deserts escaping a situation of no hope should not become a gain for Ethiopia. There is no foreign solution, only our unity will protect the autonomy of Eritrea and unity is missing among us.

Now any vetting plan for Eritrea is drafted by foreign countries aiming only at their own interests. We – Eritreans – should not expect any lasting solution if we are not united. Our absence for unity is becoming Ethiopia’s gain. At present time, all final plans for Eritrea are scrutinized and approved…by Ethiopia!

Only our unanimity will delineate our responsibilities amid strong foundations. Developing a strong network of Eritreans in the diaspora will walk us to the finish line and finally create a chain of command prepared by us, the people of Eritrea!

The greatest crime is cowardice and betrayal towards our Martyrs. Silence and division make said betrayal sturdier and gives the neighbor to the south an advantage to lead a silent war. Its’ relatively “benign” smiles are only corroding the weariness of our people and expanding the division among us. Our people are alone and surrounded. They fought our war for freedom from occupation, they pushed repeated ambushes by the enemy and protected honor and bravery that make the strong bases of all Eritrea is ought to be. Now, our people back home are boxed and outnumbered. They dare not ask questions because like stone pelting, security will rush and walk them to prisons with doors of no return.

For Ethiopia to ignore the struggle of the Eritrean people to reach freedom from occupation and to “recognize” Menghistu Hailemariam as a person not deserving a court martial for all he inflicted on his own people and the destruction he inflicted on Eritrea and the African continent , makes it a truly lethal blunder. A regime that wants to see only what it sees as its’ own version of facts, calls for grave consequences in history. When a small group of leaders, relying on gut instinct, hunches and hodgepodge of knowledge with no consideration for the people, declares war at once and later claim that “never-there-was-war”, proves to be a deficiency of global strategy and adds an extra setback that is resonating as a high price paid by both the Eritrean and Ethiopian people. To paraphrase President Roosevelt during the Second World War, “Never before has there been a greater challenge to life, liberty and civilization.” Truly! Never has Eritrea been challenged as this present times. However, united we – Eritreans – will prevail!! Just like we did for the past decades, when almost the entire world bet on our failure and we prevailed with high honors!