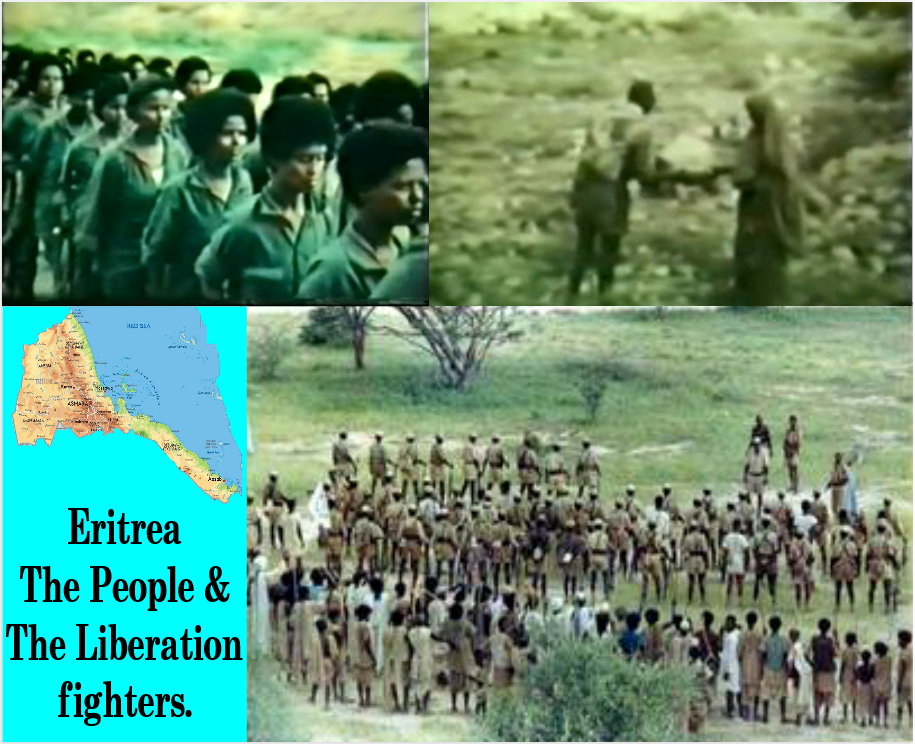 We - Eritreans – have been fighting for OUR rights. For our people’s rights and for rights that play an important role in life. To achieve these goals we looked up to our Freedom Fighters, now Eritrean Veterans. Having rights, make any human being feel special. It is to own a power that cannot be broken or stolen. It is part of you at all times.

Our Veterans fought to eliminate barriers and our Martyrs died to give back all birthrights to all Eritreans! We face now a time of reassessing our rights, make the growth of a new political and economic era, redefine our sense of justice, and counter the triumph and explosion of inequality. One of the first shameful “mode of living” among Eritreans has become to purposely ignore the right of our Veterans. To revive the vision they walked along putting our war for freedom parallel to establishing human rights in Eritrea. The unique visibility of “human rights” as a national language of justice should be the precedent to establishing human rights in Eritrea.

The right to be acknowledged and the right to be honored should precede any other study of human rights in our land! The original purpose being that Eritreans cannot write their constitution without acknowledging the constitutional right of those who died and those that became handicapped to provide said freedom in allowing us to write a constitution. Along all rights about negotiating the meaning and prerogative of each citizen, they need to operate and rotate around those very Eritreans that volunteered to step on landmines in order for Eritrean elders and children to be safe. Sixty (60) years after the end of our war for liberation from Ethiopian occupation, the search for human rights is becoming the mantra of our society and of each of our minds. We struggle to eliminate the violence by some to obtain power. We fight to achieve human survival. The commotion of searching and trying to achieve rights for all seems to make us leave behind those Eritreans that showed us the way and taught us the spelling of “FREEDOM”! Remembering the rights of our Veterans and creating an “Eritrean Veterans’ Day” in the diaspora is becoming a struggle among Veterans themselves! In particular, Veterans of the two main groups – the ELF and the EPLF- are so suspicious of each other despite sharing the same morals and principles during our war for freedom. The collective nationalism, the search to invent a new global concern for Eritrea, the failures, the mistakes and the achievements, became hardly fair to say that those heroes are now treating the search of human rights in Eritrea as a scapegoat to delay a handshake among themselves and unite to work for a new Eritrea. In order to achieve this goal, each former Veteran of the groups aforementioned, needs to put aside the deep feelings of sick ego and stare at their people suffering. A reversal of present politics is so much needed to save the people of Eritrea from going through the same hell of fratricide war; this time not by holding weapons, but by social media channels or apathy at the most!

Lines of trust broke down, solidarity broke down, and our Senior Veterans are still ruminating on that. They seem to have forgotten who was a friend, who was a neighbor, whom to trust and who not! The gravity of another invasion by the same enemy is seeping into the texture of Eritreans’ everyday life.

The fear during our war for freedom did not erase our horizon of empathy as people ducked within the forces of our Freedom Fighters; they gave us a sense of security.

We managed to overcome captivity, occupation of our land and cruelty with the might of our unity! The trust we had on one another was unbounded! The enemy learned that if we – Eritreans- raised our flag in any given corner of our land, nobody would be able to pull it down unless six (6) millions of us are dead! With unity, we will prosper in peace and justice. Our Veterans have no match in Africa’s history! They attacked the enemy – supported by their people -- like a flood!

What could be so difficult sixty (60) years after to shake hands and give priority to Eritrea once more? Human rights in Eritrea is a circle we each need to work on. However, we cannot achieve any harmony if our Senior Veterans do not unite. I personally rely – after long searching for reasons of division so deeply entrenched among our senior Veterans - on our young generation – the Warsay Y’kaalo Veterans – who never lifted their arm to kill each other; who never made a difference about gender, religion and instead prioritize new social and economic rights. They are already fighting – from present time on – to provide employment, housing, food to their people once they will walk back home. The refusal of unity among our elder generation of Veterans will not stop them, and should not stop them! The statement so often thrown at me about the need to create an Eritrean Veterans’ Day is: “ሕጂ ግዜኡ ኣይኮነን!! {now is not the time to discuss rights for Eritreans Veterans); said question does not cross the minds of our Warsay Y’Kaalo! This young generation - of our military branch - are by this time getting ready to deal with China marketization and coexist comfortably with the previous generation of our military (ELF & EPLF)! They are preparing a new agenda for Eritrea and because of this, I say more power to them! More power to the young Eritrean generation that is mentally settled to put aside previous problems for a later discussion, and give central priority to what needs to be done at present time and work in harmony! By fighting for human rights in unity, this generation is redirecting our politics towards a new agenda of social and economic fairness.

Eritrean Veterans, in the name of freedom and justice you walked to the end of pain! Walk your people to unity and pride now! We need each one of you. Eritrea needs ALL of you NOW!

Our ancestors are our honor! May the Creator bless Eritrea and Eritreans!