NONE TRIED TO BE CHE GUEVERA - OUR OWN ERITREAN VETERANS

NONE TRIED TO BE CHE GUEVERA
OUR OWN ERITREAN VETERANS 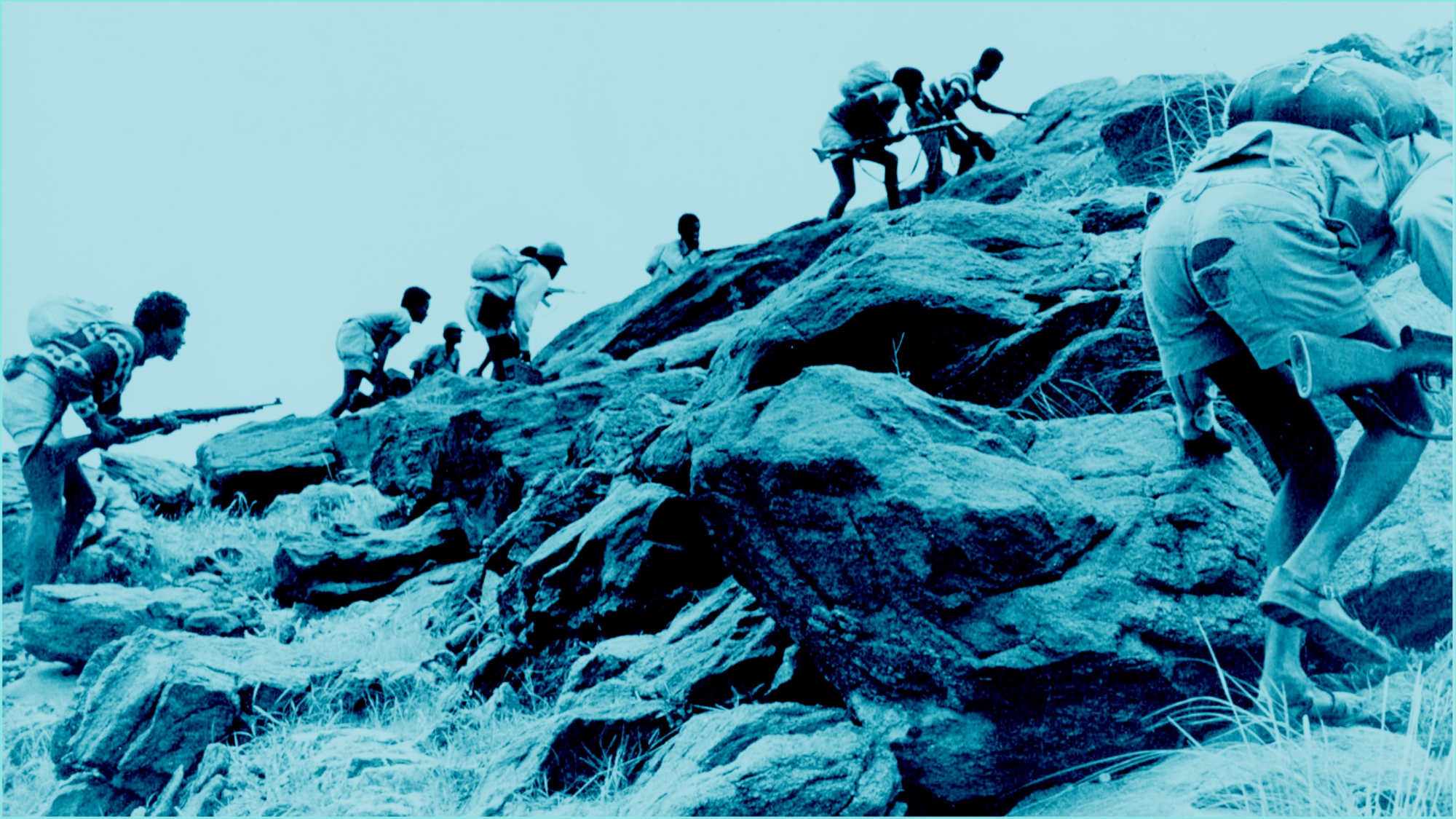 NONE TRIED TO BE CHE GUEVERA
OUR OWN ERITREAN VETERANS

One day I confronted my husband about “friends” visiting our house and leaving as soon as I turned the key knob to get in.

Berhane is a man of courage. However, that particular night he had to gather his courage and answer when I told him that I searched the entire house and could not find any sign of Tegadeltys' papers or weapons. His Adam apple moving up and down like a shaft. His eyes looking at mine and his voice whispering so the kids would not wake up. He eventually opened up under my barrage of questions. But all he said was a rhetorical talking. At one point, he stopped and accepted that women can see through any intention and any un-answered question. My husband could not make me guess for long. But he asked me to never ask more than he could tell me.

What hit me was that his voice usually so deep and calm, became deeper and with his hands holding mine tight, he said :”For you and these kids sleeping in our bed, I will die 1000 times. For my people to be free, I will have to limit what I tell you. But I do believe you know that we both married into this war and our signatures are blended in the sand of Sahel.” Never could I love my man more than that night. I asked him to trust me and when he felt that the moment was right, him and the “visitors/friends” would not jump and leave their conversation. He promised.

With this writing, I would like to identify with the many wives/widows in Eritrea that knew about their better half being an Eritrean fighter. One day, Berhane brought home a short bio of Che Guevara. I liked the beret. He dismiss it and explained the reason Che fought for justice even in a land that was not his’. How Castro betrayed him along with others and let the US kill him.

How Che told his wife in a writing, to go on with her life. I stopped at that paragraph and this time it was me to hold tighter to his hand and tell him:”Do not let the ELF or the EPLF kill you. I am more afraid of them than the enemy”. My husband said that none of them would kill him. We only had to be steps ahead of the enemy, that is what the fighter he was said.

After a staccato of questions on how he got that Che’s bio, I saw him cutting it in methodical pieces and flush it right after our child had used the bathroom; water was scarce, so it had to do double assignment. That was one of the city's guerrilla tactics. Nothing wasted and none not taken into consideration. The guerrilla tactics – Berhane, the Eritrean Tegadalay said – was to disorganize the enemy and snatch all needed. “But what really is guerrilla warfare?” I remember asking him. He smiled and said, it can be applied in many ways of our daily life. I asked him to be lenient in this mind of mine that all it could absorb was love for my husband, my kids and how to find the scarce Nido powder milk in town, sold by Ethiopian soldiers double the price in the black market.

He explained to me that guerrilla warfare is so organized but in small units and few are in charge of secret details. I asked him where his place was. He smiled and said, “Right here in the heart of this small apartment you and I own”. More confused by the fighter residing at the same address as me, I constantly stared at the father that with his nonchalant manners infuriated me. He went on by his day and took over the chore to comb our daughter’s hair that always ended up with a twisted ponytail. I would find myself watching him without asking for his attention and question myself how much was going on in his brain for this Eritrea he loved so much. My husband’s intelligence required to forecast the enemy’s behavior and its’ course of actions. This was based on the wide range of available information both overt and covert. I knew danger was our companion laying between our bodies embracing each other at each bomb that shook Asmara at night and our walks to the family’s house for lunch.

The stoic composure and never-ending smile of Berhane gave me courage to push my fears to the back burners of my mind. Tactically – Berhane told me – guerilla army tends to make continuous and small attacks so not to lose more men and inflict heavy losses to the enemy. We gain our own angry population. It is to take advantage of the dense foliage we create between the enemy and the traitors among us. Thus, making both go towards the fields where our main army is waiting for them. It’s a circle that does not brake until the enemy gives up and leaves our land. All our fighters, all our families became a wall that the enemy could not tear down.

How much did Che learn from Eritrean Veterans? That is the question I constantly ask my own Freedom Fighter sitting across from me and looking at our kids sleeping, in the small apartment we owned. The same apartment the enemy came back to brake few walls, after his arrest.

Many years later, I watched the documentary “The war for Algiers” and understood the reason they broke walls randomly searching for buried documents or weapons. But my fighter was way ahead of them. He flushed their stupidity and anger down the toilet with our kids’ poop and never put us in danger. That is what the guerrilla warfare Eritrean Veterans led in towns.

“For you and these kids, I would die 1000 times. For a free Eritrea, I would die over and over again”. These are not hypnagogic voices or hallucinations. These are not dreams, but rather inheritances our Martyrs left us with. These powerful words, is all that make Eritrean widows go on with pride and trust in our Veterans.