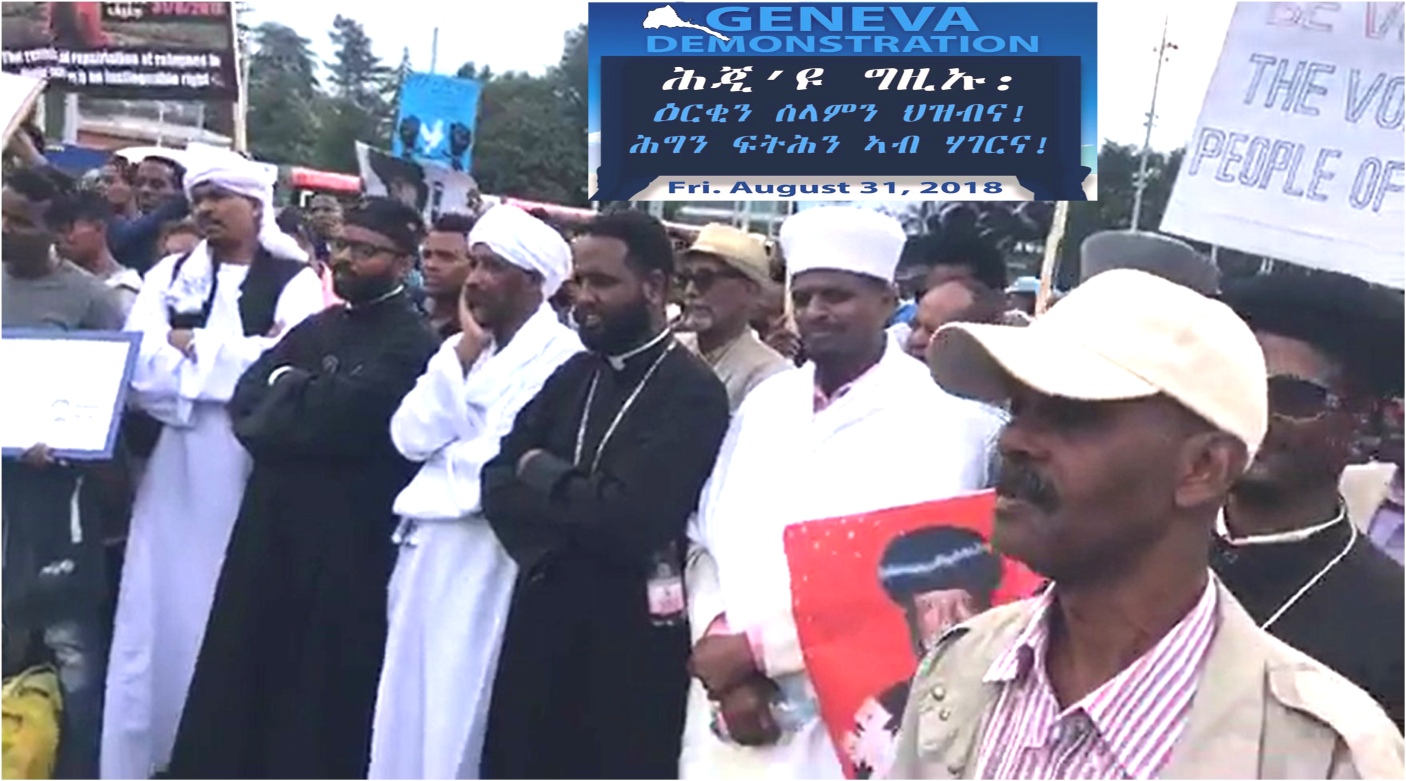 Eritreans are known to speak truth to power and look straight at the mortar of the enemy and die standing.

Speaking truth to power can be morphed. But speaking the truth of one’s convictions means to say something those in authority might not like and do not want to hear. Can we successfully speak truth to power? I have no doubts when it comes to Eritreans.

I saw it happen when we lined up to vote – under the watch of UN advisors- for our independence and 98.9% of Eritreans voted YES! With no conditions! I pledged my vote and stood by not to recognize voters' faces, but my joy was to watch those hands casting their vote and never trembling. No Eritrean hand was unsteady. We were sure then and no one voice trembled in Geneva today!

Because speaking truth to power is celebrating our independence all over again! The words the crowds screamed are words filled with logic and deserved rights as citizens. Their order and discipline awed me. I saw Eritreans as masters of their own destiny and not a colony of warfare followers. I saw hope to stop conflicts among brothers and sisters, among citizens in agony and I was fascinated with the power they already own and will bring home, hopefully soon.

These Eritreans demonstrating today in Geneva are not wrestling against their people, but are fighting an absolute power. They contest and walk against rulers leading us towards obscurity. We – Eritreans – are challenging the damage by those in high places. The orders to blindly obey the irrationality of human conducts. The shadowy rulers can hear our words and pretend not to listen; they are so deeply enslaved in their immoral transgression, they might try to manipulate the instincts of the people forced to line up in their backyard and make them fight against us, but they know well deep in their manipulators’ souls that they only apply greediness, enviousness and gluttony.

Among Eritreans, there is a great tradition of authority that emanates potential for even a greater future. Unity is proving that we can build a community, link networks, healing, achieving and taking back power and use it effectively for the collective good of our people. We are all traumatized by past and recent events, but never will we surrender to this toxic campaign by our neighbor on the south. This scene of hidden anguish, fake smiles and hugs will never fool Eritreans. For, it was played before and rejected by all past, present and today's younger Eritrean generations.

The more we challenge – in unity – the status quo, the more ingrained power attacks us. The more effective we are, the more will we be attacked. Nonetheless, more powerful we become!

Each of us will find an individual way of reacting to depressing events. Some might seek friends’ approval, some might go on personal counter offensive, some might compose music, some academic might write trying to analyze and dissect opponents’ ideas. If we stand together, we will force this wrong supremacy reckon with our determination. The most important thing happening now among Eritreans in the diaspora, is that we are standing in unity and not once will we give up.