The genocide of the Eritrean people and Ethiopian denial

The genocide of the Eritrean people
and Ethiopian denial 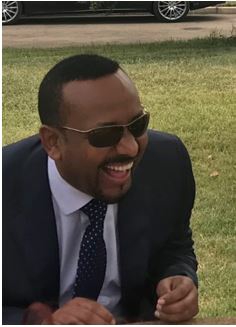 The genocide of the Eritrean people and Ethiopian denial

It seems that Eritreans are always at war to protect their land. A never-ending war! The present war launched by the new Ethiopian prime minister is a different one. There is not really a war as described by its’ traditional definition. This is a war where soldiers do not face each other on land, sea or air. The new Ethiopian administration has no intention of taking over Eritrea’s main cities, or claiming the Red Sea. This is an intricate inferno well planned by uninterested people about the Eritrean pain. It is messier, more violent and it is hard to shawl one’s mind around it …until it will be too late.

This is a war of lending a pen to a leader eager only not to lose his seat at the helm of Eritrea. Ethiopia is smiling and making sure to have documents signed, so it could take over our land and our sea without any “crime” to answer for. In fact, our neighbor to the south prepared and applied a well-detailed “peace” plans that makes him look like a Nobel Prize candidate. Present Ethiopia acquired power and assumed credit about advantageous changes in their economy, political apparatus and beyond borders; like “offering” peace to Eritrea. Promising Eritrean leaders a thriving economy and support on the international platform. This is how Ethiopia assumed its’ position as a new “peaceful “dictatorship in the horn of Africa. As a person of power, Ethiopian Prime Minister Abiy Ahmed, is extremely efficient in manipulating the public opinion. Some Eritreans go as far as saying that his new programs and policies would only benefit Eritrea as well. This “organizing and planning for a future Eritrea” is becoming – for Abiy the Ethiopian – like slicing a piece of cake to slowly implement his own agenda. Little does he care about the mixture of hatred he is also using as an element. At any rate, it is apparent now that he has plans and the Eritrean people had to suffer – yet again – and pay for their sufferings.

Eritrean scholars can easily analyze two pivotal studies about the Abiy’s doctrine towards Eritrea and Ethiopia. The first being to take into account the awareness and knowledge of the time in “offering” peace. This new regime in Ethiopia had its’ own advantage of “using” the war between the former Ethiopian regime and Eritrea and walk in as a benefactor of peace. The second one is the plethora for destruction of the Eritrean culture and history. His “let’s unite and let’s add-on” formula is dealt with smiles and ambiguities offered at any given podium of the world. Abiy’s motto seems to read like “give a carrot and keep making the weaker walk your line”! Ethiopia is only creating a major drift between the two people. This new war is one morphed from war holding weapons to war holding psychological harm and taking a fast advantage of our lack of unity.

The Eritrean liberation war is by far the worst liberation war in Africa. Along with countless innocent Eritreans killed, the destruction of our infrastructures and the suffering of our people, is something the new Ethiopian administration cannot ignore since its’ new policy is all about “peace”. Prime Minister Abiy Ahmed rise to power should make efforts to write a paragraph in the Ethiopian constitution that never the Ethiopian people will be labeled as the ONLY African country occupying another African country and exterminating its’ people to gain free access to the sea. Instead, Ethiopia is now trying to annihilate new generations of Eritreans suffering under their own government. The tensions mounting among Eritreans and Ethiopians is a formula for another silently rampant war of attrition. Eritreans are being assaulted and innocent groups of young Eritreans - trying to leave for better opportunities - are being purged by the new Ethiopian silent war. This new war is one with no weapon shooting bullets, but rather one where smiles only offer poison to make Eritreans’ taking permanent residency in deserts and abyss of seas.

We – the Eritrean people – and them – The Ethiopian people – need to acknowledge that the Eritrean Liberation war by one and the occupation war by the other, is a defined war where millions of Eritreans were killed and many more are suffering about the repercussions.

As the Nobel Prize winning, Elie Wiesel said about how war changed him completely “I too had become a different person. The student of the Talmud, the child I was, had been consumed by the flames. All that was left was a shape that resembled me. My soul had been invaded- and devoured- by a black flame” Elie Wiesel.

The occupier might forget easily, but the scars of the occupation of our land are still consuming the Eritrean people. Denial of our pain seems now a new-fangled phenomenon in Ethiopia. The new Ethiopian administration is trying to divert public and international attention from our suffering, from our search for unity in order to build a new prosperous Eritrea, and instead it makes Eritrea its’ own arena for a combined promotion of their own prosperity and maybe reward present Eritrean officials with some open microphone time to state “we lost nothing, but we give you our ports, as long as you keep our momentum in power longer”.

From the many news outlet we watch and many more we read on social media these days, we can easily analyze and summarize some common themes that stroke as interesting, such the effects of manmade destruction by the “let’s add-on” euphoria by few Eritreans hoping to gain personal benefits, while ignoring the annihilation of the Eritrean people as we are, and make it politically acceptable. This is a cause of misfortune if we – Eritreans – let it happen. Provided (if) we do not erase our past, our future is secured.

The new Ethiopian administration should have learned that Eritreans emerge from ashes and corpses, preserving our intention to make our young generations inherit our pride, our culture and our hard-earned freedom from occupation. Our purpose is to never let the world forget the heinous crimes committed by subsequent Ethiopian administrations and will not allow any change of characterization of our history and our culture.

A peace seeking Ethiopia must recognize the stain of occupation in the history of Africa. Moreover, we – Eritreans – must never forget the souls of our Martyrs. The Eritrean people worshiping in mosques and churches burned alive by the Ethiopian occupier. Those who tried to escape the flames were met with open fire by surrounding machine guns and Ethiopians soldiers laughing loud while shooting. I, personally, would not want to know the God who sacrificed my people.

Nevertheless, to the Ethiopian people I turn to and ask to hear them apologize. 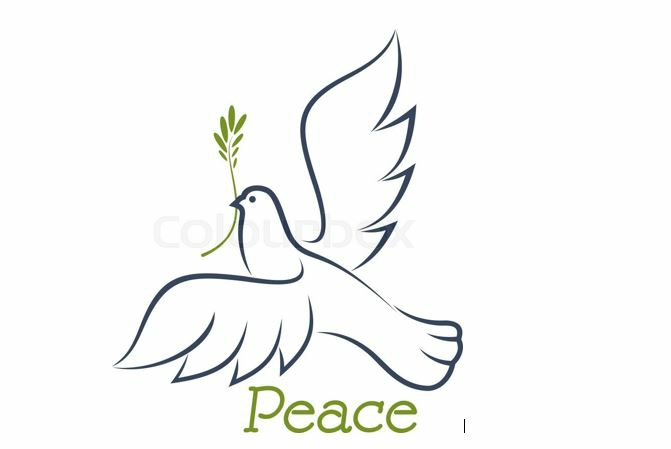 We – Eritreans – are peaceful people ready to stretch our hand in peace.

For, from the ashes we will rise and build our Eritrea. There is no doubt about it. Our trembling souls are the pillars of our steady unity.