When humanity seems to be at its’ lowest 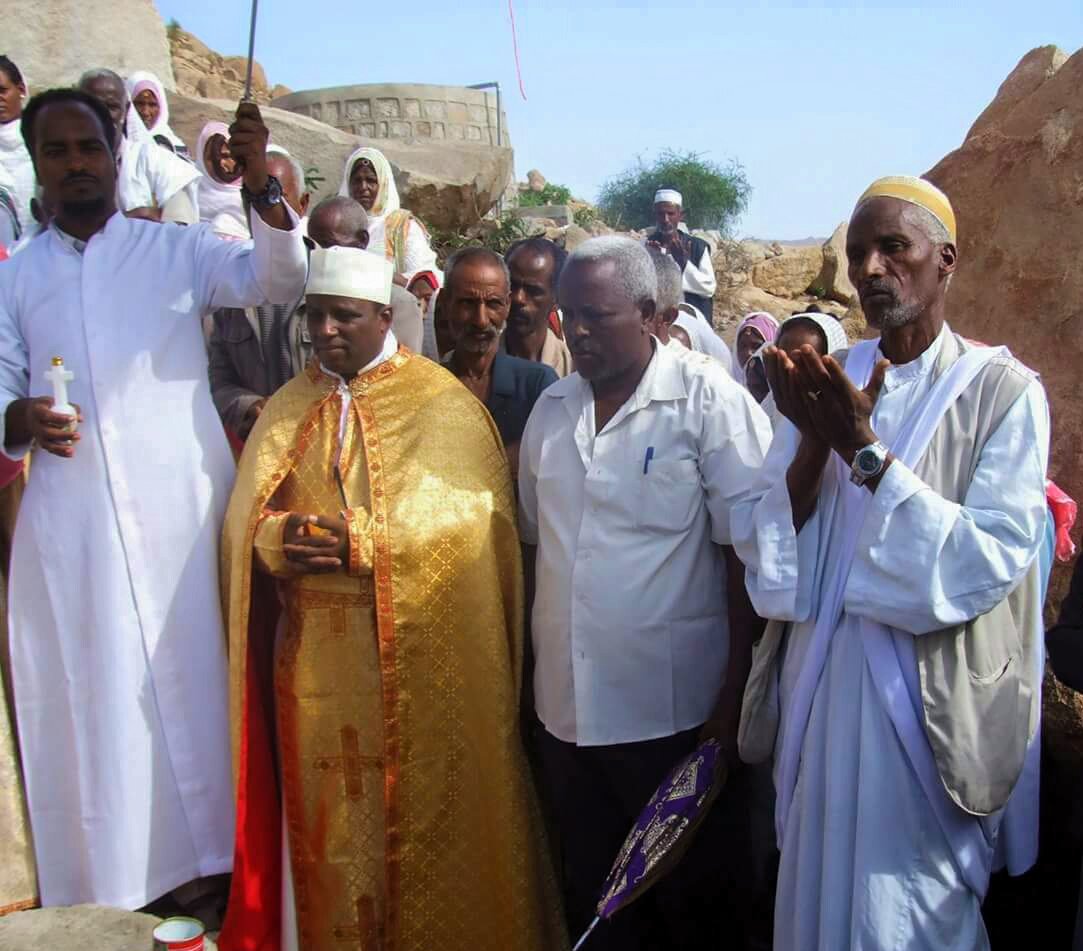 Eritreans were raised with a deep sense of humanity. We grew up watching our parents trying to understand others and understand the surrounding problems. We saw humanity from people that were not rich financially, because even the poor shared all they had. Humanity is a pinch from our inner soul, and every faith we belong to tell us about peace, love and to keep humanity at the same level as the prayers we believed in. In Eritrea, we all tried to live by anybody’s happiness and never did we dance because of someone else’s misery. Our elders never sat us down and asked us to despise, they rather taught us how to be happy and make others achieve happiness.

Many like myself turn to Eritreans that defied death to give us freedom and let the enemy leave our borders lastly. Our Veterans cleaned the garbage camouflaging the landmines Ethiopians soldiers left all over our land. Today, we see non-profit organization doing all our Tegadeltys did during our Liberation war. The world recognize said organizations as “Organization for humanity”, but we – Eritreans – learned the syllabus of humanity from our Martyrs and our Veterans. From our parents and our neighbors. During the war, Eritreans were like a wall no hand bomb or F-16 aircraft could crack, let alone destroy. There was no selfness or greed. We helped each other and any murder by the enemy occupying our land, became our own family’s mourning. All of that we achieved when the world did not believe us; we told each other to believe we could, and we did! The altruism and self-abnegation was called “Eritrean love” never did we label it as “charity to one another”. Our Martyrs are synonymous of nobility, in addition, our Veterans had one religion and that was their people’s safety. They collected unclaimed pieces of human bodies they saw scattered all over the fields; they picked up with bare hands the flesh of Eritrean kids killed by enemy’s napalm bombs, reassembled and buried with humanity.

Our society raised humankind to a larger scale of humanity. Looking back at the families we miss so dearly, we realize that the highest legacy they left us with is a sense of humanity to be shared with anyone around us, because the satisfaction to share humanity is the inner peace we all look for.

At present times, our Eritrea is known for atrocities and refugees’ influx into foreign countries that look down at us as garbage of human kind. It seems that the global sense of humanity our society raised us within, is somehow lost. What happened one asks? Does humanity really have any value? Humanity is threatened when atrocities such as genocide, happen. Many are losing their lives because of a war we thought ended, but surprises us repeatedly. Therefore, what we are left with is crucial as not to lose the humanity our elderly left us with, because the consequences of losing humanity are substantial. Such loss becomes the result of an angry population. Of a young generation that know only how to survive in a jungle of traffickers and drugs. We should restore humanity and never let our country reach the level of destruction in Syria, but it might be if we do not hold hands and rescue every bit of land we are losing. It seems that we are turning into an individualistic society, and that is sad. The perpetual enemy to our south, is forthcoming with a new war of destruction and the first aim is to put Eritreans against each other, all while occupying our land with a proxy war done by Eritreans themselves. Ethiopia is not a country that lacks the power-projection to initiate war, but not to be accused of a new genocide war it decided to turn Eritreans as proxies to influence events and create a new civil war among ourselves.

Both sides know that war is messy, but what Ethiopia understood on its’ own, is that proxy wars are messier. Thus, the subtle game of igniting a cold war among Eritreans. The regime back home does only help with this game of never ending agony. To my knowledge, there is not written norms for a proxy war; this becomes the default position to create first a proxy relationship and enter into such massive opportunities for moral failure. Nevertheless, Ethiopia could not care less of morality and by consequence never care about our own country going backward in education, prosperity and/or self-defense. No use of weapons is required, just twisting some minds and make it look like the “others” (in particular Eritreans in the diaspora) as the enemy of our own country. Abyi Ahmed took into factors – beside the cost of fighting power into play- to enhance his own credibility at home, and soften his own image by choosing to “offer” peace to Eritrea and invade all over again. He is doing so, by insulting the Eritrean people’s intelligence while trying to make us absorb his sick smile. Is it not the cobra the only snake that has a vocal cord and uses it to his purpose to hiss with its’ mouth open making a very distinct kind of shriek, hoarse sound so to hypnotize the target? Same with Abyi, always with a painted smile, bleached teeth, the hugging, the “let’s add on/nidemer” prophecy he tries to apply, he seems able to hypnotize few. Some Eritreans are enchanted so fast, it is hard to believe that many are - in fact - our own Veterans. We need to unite and pressure ourselves to agree and consent for the best of our country. Because when atrocities occur - despite our best efforts to dialogue - not only the perpetrators, but also our own leadership and consciences need to be held to the fire.

Our own people standing in the square of the city and in the shadow of churches and mosques, alongside government’s offices, are hungry. This should be perceived as a threat and violation to our independence. The outlaw foreign soldiers stationed in our land and in our Red Sea, their own music and fiddle tunes should be walked back to beyond our borders.

If we do not claim back our land and our Red Sea, it is humanity at it’s’ basis that we are losing, and much more in a large scale. Maintaining humanity among Eritreans is keeping hope alive. Hope can be expressed in numerical sense. It starts at zero, in a neutral zone. With every good deed towards each other, we – Eritreans – can increase hope by raising the numbers high. With such grand scale of negativity around us, the numbers for hope need to be restored. The pressure to end this silent war - launched by Ethiopia - needs to come from Eritreans’ goodwill. Support among former enemies we see today, is an alliance of convenience and not a peaceful relationship. One side – in this relationship - secured vital national interests, and it is not Eritrea. It should not be difficult for us – Eritreans – to defeat it and never make it last over time. Let us keep our dream alive by holding hands and respecting differences and never gambling about our sovereignty. Eritrea is our land and our Martyrs paid the highest price to free it. It is time we ask ourselves fundamental questions and the outcome be one that restores the dignity of Eritreans and mark our borders.