OUR ERITREA TODAY! WHO OWNS OUR MISERY?

OUR ERITREA TODAY!
WHO OWNS OUR MISERY? 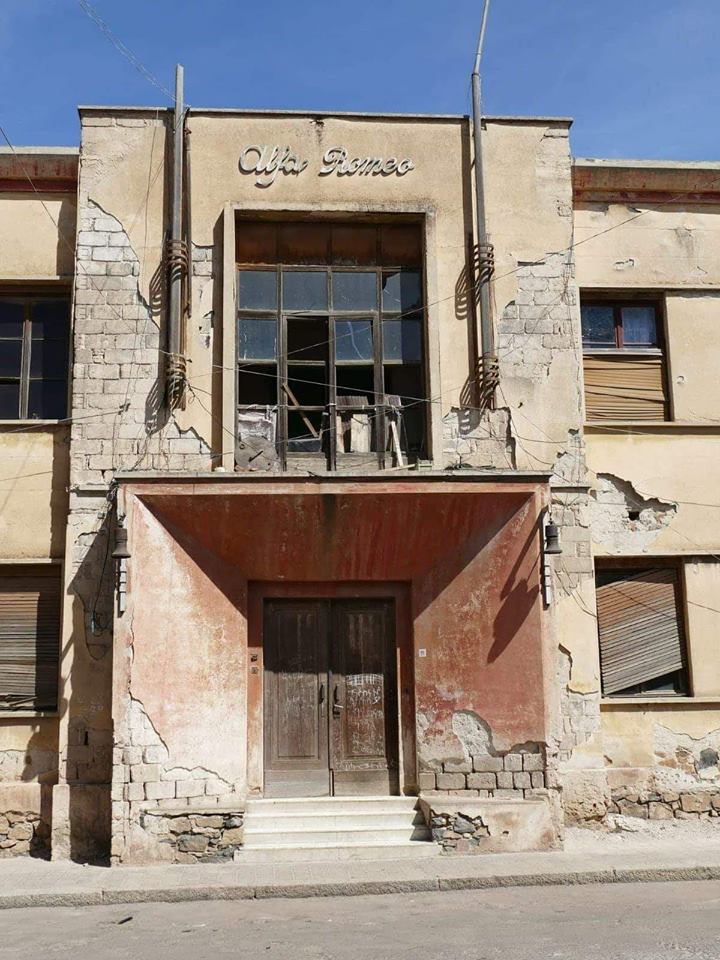 OUR ERITREA TODAY!
WHO OWNS OUR MISERY?
by Kiki Tzeggai

During the Ethiopian occupation of Eritrea, we stored water in bathtubs, in buckets and thermos. We boiled the precious water to make tea or prepare milk for the kids. There was no electricity and the flickering candle light became our trusted friend. We read under the candle light, our voices a whisper and that light followed us from room to room and to the kitchen when it was time to share a meal. My grandmother grew herbs she believed could cure a headache or a decayed tooth. The buildings’ walls were tattered with constant shrapnel’s from the enemy. Sometimes those holes became the only way to have the early sunlight bid us a good morning and let us know that curfew-lifting time was approaching. Hearing the Ethiopian soldiers screaming in the middle of the night meant that if it was not our own door, it certainly was the neighbor’s door that was attacked. At curfew lifting, we could see neighbors’ corpses left in the street.

Now, it is a replication of those hard periods. However, this time, we own our country and we own our misery! That is true; we – Eritreans – own our misery! We are responsible for Eritreans that go to bed hungry while people in power hoard food, weapons and foreign bank accounts. With our lack of unity, we let our bereaved people starve. It seems that many ordinary Eritreans are persuaded that the regime- despite all of its’ dreadful cruelty and corruption – is the best “something” and the closest to normality Eritreans can have.

So what is the cause of our apathy? The reason for our lack of unity? Certainly, fear of a civil war plays a role. But what is the divide? Is it something new or something we buried and now is out in the light? How to define it? Growing up in my beloved country, I never felt a divide between religions. We lived side-by-side and to this day “R” for religion is not a weapon Eritreans will let corrupted souls use. Was it a divide between educated and non-educated Eritreans? I have a hard time believing so.

I reached a conclusion that too much optimism might be the reason that gave birth to this misery that - with time - took roots in our hearts and drag for so long. Optimism about our Tegadeltys coming back home and be asked to work for no salary. Which they accepted, but then asked the government to put an expiration date to such request. They had families to feed as well. It is the sanguinary greed of some Eritrean business people – happening during the Ethiopian occupation - that made millions of dollars by creating “black markets” and exploiting the poor. It was the hopefulness of some parents to have children graduate from Italian schools, and because of the scarcity of educators made few teachers accept gratuities for those kids’ inflated grades. Thus, creating a poor education with deep roots to present. A not so well scrutinized optimism led us to believe that all the pain left by the Ethiopian enemy, would just vanish and we- Eritreans in the diaspora- would walk in with our pocket filled with money, our framed diplomas under our belts and could rule the country. However, those that believed so, were faced by an army of Tegdaletys/Veterans that said, “We are we” and “You will be forever the others “. At our walk after the fall of Asmara, the “financially poor” were mainly our Veterans.

Anger at each other made fall apart the skeleton of family structure. We – Eritreans living in the diaspora – felt betrayed because we too took away from our kids’ mouth the last piece of bread and forwarded it to Sahel. We too, took over several menial jobs and rushed after office hours to clean restaurants, coffee shops and gave all we could to help the fight for a free Eritrea. No America, no Russia, no Cuba or Israel could stand up to our unity then! Our Veterans – on the other hand – told us that they were the ones who run away from bombs only to be met by Ethiopian battalions that outnumbered them. They were the mothers that gave birth in trenches because until the last moment they kept fighting and pushing the enemy away. They were the ones that forgot the ABCD learnt in primary school and learned – instead - how to put together a Kalashnikov and avenge our cities’ Tegadeltys/Veterans killed in torture rooms around Asmara and other sites of Eritrea. They are right! This much we owe to ALL our Tegadeltys/Veterans! We owe them respect; we owe them the air we breathe in foreign lands and in a free Eritrea. The steps we take wearing the last fashion pair of shoes, we owe them! Many of them are confined on wheel chairs so that Eritrean fathers could dance at their kids’ wedding and jump at their kids’ soccer games. They are the ones that in order to know how the face of their newborn baby “look like” need to run their fingers over the baby’s giggles. Because they lost their eyes to the poison thrown directly at their faces by the Ethiopian enemy! We are indebted for eternity!

Our acceptance – though - needs no meeting with arrogance. We too, were trafficked in African deserts and beaten in remote villages; we are the ones that lined up at immigration posts only to be humiliated and deported. We cleaned public restrooms and never complained, because there never was a debate of compromising and falling into prostitution to make the road easier. Our kids wore hand-me down clothes and missed the father that screamed their names while dying under torture at the hands of Ethiopian soldiers. Because the extra dollar, we sent to help our Tegdaeltys/Veterans survive the hardest liberation war of Africa! The circle is filled with pride, with love for country and for family. Nevertheless, somewhere the links are broken. We each hold a piece of the chain and refuse to glue it together.

We – all- brought stubbornness to the Maadee መኣዲ (Eritrean traditional meal table) and forgot about humbleness. We resented the citizenship forms issued by our very first government asking us if we were Tegadeltys/Veterans that fought directly in Sahel or not, otherwise we were labeled as second-class citizens; resentment took roots inside each of our disbelieving hearts! Because we are Tegadeltys!

The ELF Veterans watched an independent Eritrea denying them their right of existing, initiating and conducting for decades our war for freedom from Ethiopian slavery. They - after all - wrote the many chapters of our history and their blood was our ink! Veterans ignoring each other is simply an insult to our Martyrs that today share the SAME mass graves. On the other hand, we also forgot that ALL our Veterans back from Sahel could not prepare a CV and seek for a job because they left such opportunities to us. What more could we say about our young Warsay Y'kaalo Veterans? They fought a greedy enemy, died for our borders to be demarcated and many live in agony to present. Smoldering with class resentment is not Eritrean. That,(!) the enemy to the south knows but it seems we – Eritreans - keep forgetting and leave access to the erosion of time and make us – unknowingly or knowingly - become the foot soldiers of the country to the south, our paramount enemy!

Therefore, we need to ask our own conscience first and each other later: “When is the time to own our misery and make it disappear?” The time is now or never!

In theory, Eritrea is an embattled land that is based on aspirations we keep as dreams, but refuse to make them happen. We live based on patchworks achievements added to slogans and depend on debating the constant pressure of war, but leave no room for peace, for unity and for a real government to exist. The question remains, who is destroying Eritrea today? There is injustice among Eritreans and ignoring it could become perilous. How to make our Eritrea a little brighter and less brutal in darkness?

Maybe a flickering candle held by each of us will guide us towards hope, encouragement and towards each other! “Pity the nation called Eritrea” is a book we all – Eritreans – never will let others and ourselves write!

The Beautiful City of Asmara, Eritrea